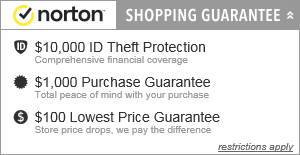 SONA 2 is a powerful clitoral stimulator that delivers sonic waves that stimulate the entire clitoris (not just the tip, like traditional vibrators).

The clitoris is stimulated with a sonic hum for a different kind of orgasm produced by the gentle deep-tissue massage of sonic waves. It's a prolonged climax after a sensual build-up. It's a different, fluttering sensation that resonates through the entire body of the clitoris, building to an orgasm. This orgasm will be unlike anything you have ever experienced.

What’s the difference between the SONA/SONA Cruise and SONA 2/SONA 2 Cruise?

The technology that has for years been synonymous with sports cars comes to your sex toys! Specially developed by LELO, Cruise Control reserves 20% of SONA's full power during normal use, so that when SONA is pressed hard against the body and the motor begins to drop power, that extra 20% is unleashed so that there's no reduction of intensity. It’s not a setting, but is automatic, and it eliminates a common complaint with sex toys.

SONA 2 is made from a single piece of super soft silicone, and this one-piece design keeps it watertight - even at the charging socket. SONA is USB rechargeable and 100% waterproof making it very easy to clean.

Her Ultimate Pleasure Stimulator by Fantasy for Her

MSRP:
Was:
Now: $129.00 - $149.00
Choose Options
Choose Options
WE GUARANTEE 100% SAFETY AND SECURITY WITH YOUR ORDER
Shop with confidence at MySecretluxury.com