Learn the 18 health benefits of orgasms, which are good for both your mind and your body.

18 Health Benefits of Orgasms for Women and Men | Orgasms are responsible for so many other things that keep both women's and men's bodies healthy.

Mae West was ahead of her time when she said, "An orgasm a day keeps the doctor away." An orgasm isn't just pleasurable -- it also makes you healthier and improves the overall quality of your life.

According to sex educator Charlie Glickman, “Pleasure supports well-being." Another way to think about it as sexologist Jaiya suggests, “Orgasms equal long life.” Knowing that, you should be having an orgasm everyday no matter how old you are! Ok - maybe that's not reasonable for many of us, but once a week is definitely doable.

So, how do orgasms actually keep you healthy and what’s the science behind orgasms? First and foremost, orgasms feel good and make you happy. They are also responsible for so many other things that keep both women's and men's bodies healthy.

Health Benefits of Orgasms for Everyone:

1. Improves Everything in the Pelvic Region

Orgasms help keep everything in place and working they right way. They decrease incontinence and other pelvic floor related disorders among seniors.)

Have you ever had an orgasm and then immediately fallen asleep? That is not only because you have used a lot of energy. It's also because orgasms release many different hormones that relax you and make you drowsy.

After an orgasm, oxytocin is created, which then triggers the release of endorphins. These endorphins often make you sleepy. Oxytocin can also reduce your cortisol levels (an inflammatory hormone released by the adrenal glands) to create even more relaxation and/or sleepiness.

Yet another hormone that's released after an orgasm is prolactin, which causes stem cells in the brain to develop new neurons in the brain’s olfactory bulb (or smell centre). Prolactin levels are naturally higher during sleep. In women, prolactin is known to surge after sex, during pregnancy and while breastfeeding.

Just in case you are wondering, the tendency to fall asleep first after sex is also associated with greater partner desire for bonding and affection. Whether or not you believe these findings from the University of Michigan and Albright College is up to you.

The hormone DHEA (Dehydroepiandrosterone) released during sex maintains and repairs tissue and promotes healthy skin. In other words, it helps you look younger. Studies show that having sex three times a week (when in a stress-free relationship) can make you look almost 10 years younger!

Orgasms can help to balance the immune system, which can combat colds and the flu. During orgasm, your body releases an antibody known as immunoglobulin A. This chemical boosts the immune system, providing protection from infections and viruses.

Let's not forget that orgasms gives your body a natural lymphatic massage. They help your body’s natural detoxification process to kill bacteria and viruses.

Have no fear if you do get sick -- orgasms can still help you feel better! The same prolactin hormone that was mentioned earlier also stimulates neurons in your nose. This will clear up stuffy sinuses and heighten your sense of smell.

Believe it or not, orgasms can help you decrease and manage pain by about 70%.

For women, orgasms can more than double a woman's tolerance for pain. “When women had orgasms, their pain thresholds went up by more than 108%,” says Beverly Whipple, researcher and professor emeritus at Rutgers University and co-author of The Science of Orgasm.

Why? Those endorphins not only help you sleep, but they are also a natural drug-free way to beat pain. Plus, it's analgesic, not an anesthetic, meaning it suppresses pain without affecting sensitivity to touch.

Oxytocin works in so many ways! It raises levels of a substance called CCK, which acts as a hunger suppressant. The oxytocin also fights the harmful effects of cortisol, which is well known for its role in boosting belly fat and cravings for carbs.

Let's not forget the dopamine that we get from sex, which increases steadily to the point of orgasm and then declines. Dopamine helps curb your appetite, as well. The dopamine pathways in the brain involved in stimulating your desire for both sex and food are shut down by the hormones released immediately after you have an orgasm.

How can you be depressed when you are having orgasms on a regular basis? They feel so good! Those endorphins that are released not only prevent pain and help you sleep, but they also produce euphoria and pleasure.

The awesome hormone, oxytocin, may lower rates of depression and anxiety by counteracting cortisol, which can cause stress and depression.

According to WebMD, sex burns about 5 calories per minute. It might sound like very little, but at least it's better than sitting in front of the computer or television!

Having sex keeps your brain sharp and can improve brain function. In increasing blood circulation, it transports oxygen-enriched blood to the hypothalamus, the part of your brain that controls memory and learning.

In fact, some scientists suggest that enjoying regular orgasms is an excellent way to improve memory. According to neuroscientist, Professor Barry Komisaruk, "mental exercises increase brain activity but only in relatively localized regions." Every little bit helps especially as you get older!

Orgasms stimulate the vagus nerve, a long nerve that runs from the stem of the brain down to all the internal organs in the chest, pelvis, and abdomen. The late Dr. Francis Fesmire said that stimulating this nerve is the best way to cure a case of hiccups. It might be hard to concentrate, but it's worth a shot!

The awesome and powerful oxytocin also helps to lower blood pressure and can improve digestion. Oxytocin receptors have been found in the stomach, showing that oxytocin can even calm some stomach issues.

Health Benefits of Orgasms for Women:

1. Improves Everything "Down There"

Orgasms improve circulation to the organs in the pelvic cavity. They also deliver nutrients "down there" and promote normal estrogen levels to keep everything healthy and ready for action. The extra blood flow from an orgasm rushes to the tissues in this area, helping them stay toned, young and strong.

Orgasms also help the pituitary gland, which regulates the release of reproductive hormones that induce ovulation and cervical fluid to increase fertility.

2. Helps With Your Period

The painkilling properties of orgasms can be helpful when you have your period. They can also help to regulate your menstrual cycle. Women who have sex at least once a week are more likely to have normal cycles than women who don't. Also, studies have shown that having orgasms while having your period protects against endometriosis, a uterine condition that can lead to infertility.

Oxytocin is awesome. The more oxytocin you have, the better the orgasm. Plus, it helps you sleep. Oxytocin has also been shown to possibly prevent breast cancer cells from developing into a tumor.

4. Reduces The Risk Of Heart Disease

Sexual function is a lot like a muscle — if you don’t use it, you lose it and all of the hormonal benefits that come with it. Women who enjoy more orgasms have increased estrogen and testosterone. That translates to more sexual desire, it makes you feel sexier, and it improves your mood.

Many pregnant women experience morning sickness. Psychologist Gordon Gallup suggests that a man's sperm can relieve some of the symptoms. He believes that since sperm was what made you sick, building up a tolerance is the only way to fix your nausea. So, try oral sex! 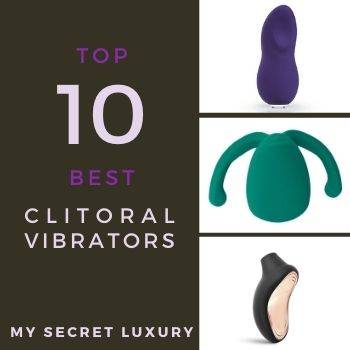 Health Benefits of Orgasms for Men:

According to the Journal of the American Medical Association, a higher frequency of ejaculations is related to a decreased risk of prostate cancer. And, don't forget prostate massages! They will make him healthier, and he will also experience an orgasm like no other!

There are so many things that we are supposed to do to stay healthy that we don't really enjoy. Orgasms are definitely not one of them!

Buy luxury sex toys from My Secret Luxury to help you stay healthy. 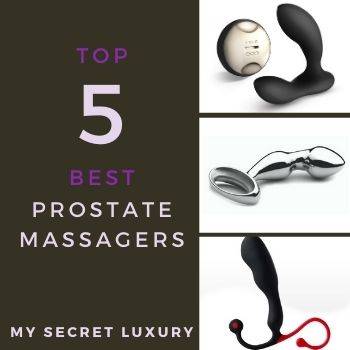